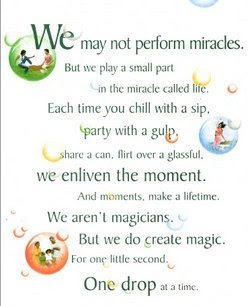 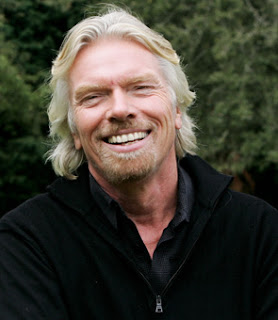 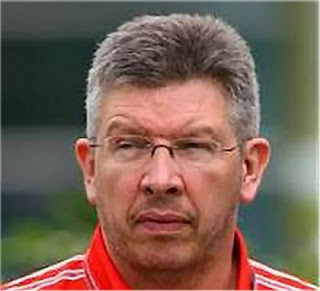 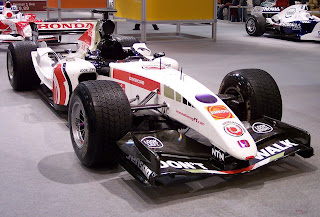 Clue 1 : Winner Nobel Peace Prize 2007
Clue 2 : His involvement with the IPCC began in 1991 when he was a lead author for the second assessment report, which laid much of the foundation for the Kyoto Protocol of 1997 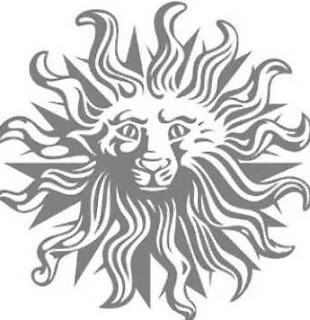 This is one of the largest advertising agencies holding Company. Identify it.
Ans : Publicis
Posted by Amrendra Pandey at 12:33 PM 1 comment: 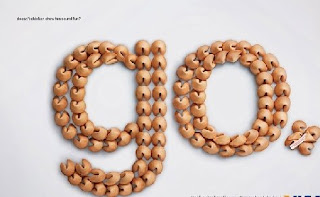 Q. Which company is promoting itself with the word "GO" ? 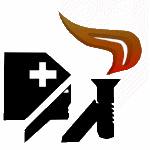 Q. Connect   both the logo to a company. M S Dhoni is the brand ambassador.
Ans : AIRCEL is a JV between Maxis Communications and Apollo hospital Enterprise
Posted by Udaibhan singh at 1:45 PM 2 comments: 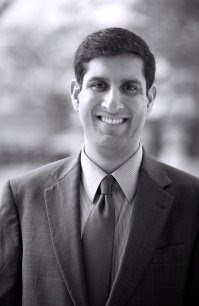 Q. Identify Him.He has been recognised as the Top IT Executive of the country in 2008  and now holds a very important office.
Ans : Vivek Kundra, federal Chief Information Officer (White House)
Posted by Udaibhan singh at 7:50 AM 1 comment:

Q1. In 1997 during the vote of confidence in UP assembly, a fight broke out among members which did not stop at shouting of abuses but hurling of slippers, microphones and chairs with several members getting injured. This incident supposedly inspired an ad campaign.
Ans : ESPN ad campaign, there are still sports which we do not cover.

Q2. The first was built with borrowed wood near Pasadena by two brothers, who wanted to pursue a career in Hollywood. There is one at the North Pole, and a floating one on a steamer at St. Louis. What is it?
Ans : McDonalds Restaurant

Q3. Who started his corporate life by a brand called "Bare" from Kolkatta?
Ans : Kishore Biyani
Q4. Which company was started in 1802 near Wilmington, Delaware by a French immigrant to produce black powder to be used as blasting and gunpowder?
And : DuPont

Q5. Called the RedWire DLX, it is designed with a built in docking cradle for the iPod and retractable headphones. It will also feature a joystick to handle the device. What is the RedWire DLX?
Ans : iPod compatible Levi's jeans
Posted by Udaibhan singh at 9:05 PM No comments:

The logo was designed by the Wolff Olins consultancy. The logo is meant to signify fluidity; it may also be seen as a fountain of knowledge; maybe a tree of trust under which people can take refuge.(Hint:- an Indian Brand)
Ans:- Tata logo
Posted by Amrendra Pandey at 12:10 PM 3 comments:

The Birth and Progress of Star.

The Mercedes-Benz bring out WOW from everyone. The Benz logo is a simplistic but classy.A three-pointed star that represents its domination of the land, the sea, and the air. The famous three-pointed star was designed by Gottlieb Daimler to show the ability of his motors for land, air and sea-usage. It was first seen on a Daimler in 1909, and was combined with the Benz laurel wreath in 1926 to signify the union of the two firms. Mercedes-Benz is the world's oldest automobile manufacturer.

When the patented name "Mercedes" was registered in September 1902 Daimler Motoren Gesellschaft had a successful brand name but still lacked a characteristic trademark. Then Paul and Adolf Daimler - the company founder’s two sons, and now in charge of the business - remembered that their father had once used a star as a symbol.

Posted by Anku Sharma at 2:24 AM No comments:

Whose offering....for the premium segment?
Posted by Udaibhan singh at 7:35 AM 2 comments:

Down the Apple Birth Lane
In 1976, Steve Wozniak and Steve Jobs designed and built a homemade computer, the Apple I. Because Wozniak was working for Hewlett Packard at the time, they offered it to HP first, but they were turned down. The two Steves had to sell some of their prized posessions to finance the making of the Apple I motherboards.
Later that year, Wozniak created the next generation machine: Apple prototype. They offered it to Commodore, and got turned down again. But things soon started to look up for Apple, and the company began to gain customers with its computers.

The Logo - A complicated Begining
The first Apple logo was a complex picture of Isaac Newton sitting under an apple tree. The logo was inscribed: "Newton … A Mind Forever Voyaging Through Strange Seas of Thought … Alone." It was designed by Ronald Wayne, who along with Wozniak and Jobs, actually founded Apple Computer. In 1976, after only working for two weeks at Apple, Wayne relinquished his stock (10% of the company) for a one-time payment of $800 because he thought Apple was too risky! (Had he kept it, Wayne’s stock would be worth billions!)

A Colourful Change
Jobs thought that the overly complex logo had something to do with the slow sales of the Apple I, so he commissioned Rob Janoff of the Regis McKenna Agency to design a new one. Janoff came up with the iconic rainbow-striped Apple logo used from 1976 to 1999.
Janoff, said in an interview that though he was mindful of the "byte/bite" pun (Apple’s slogan back then: "Byte into an Apple"), he designed the logo as such to "prevent the apple from looking like a cherry tomato."

The Present Logo
In 1998, supposedly at the insistence of Jobs, who had just returned to the company, Apple replaced the rainbow logo ("the most expensive bloody logo ever designed" said Apple President Mike Scott) with a modern-looking, monochrome logo.
Posted by Anku Sharma at 7:36 AM No comments: 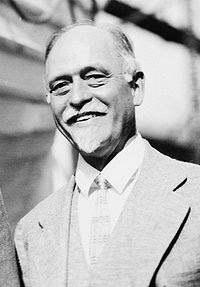 Identify this economist who lost fortune in october 1929 stock market collapse, after famously declaring “stock prices had reached a permanently high plateau” just the month before. In 1933, he wrote a paper titled the Debt-Deflation Theories of Great Depressions, that feels as if it could have been written yesterday.
Posted by Amrendra Pandey at 9:53 PM 2 comments:

Q1. In 1997 during the vote of confidence in UP assembly, a fight broke out among members which did not stop at shouting of abuses but hurling of slippers, microphones and chairs with several members getting injured. This incident supposedly inspired an ad campaign.

Q2. The first was built with borrowed wood near Pasadena by two brothers, who wanted to pursue a career in Hollywood. There is one at the North Pole, and a floating one on a steamer at St. Louis. What is it?

Q3. Who started his corporate life by a brand called "Bare" from Kolkatta?

Q4. Which company was started in 1802 near Wilmington, Delaware by a French immigrant to produce black powder to be used as blasting and gunpowder?

Q5. Called the RedWire DLX, it is designed with a built in docking cradle for the iPod and retractable headphones. It will also feature a joystick to handle the device. What is the RedWire DLX?
Posted by Udaibhan singh at 12:41 AM 4 comments: 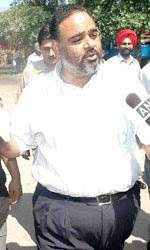 Identify the link.(Hint:-How can Mayawati do this at the time of national general election?) 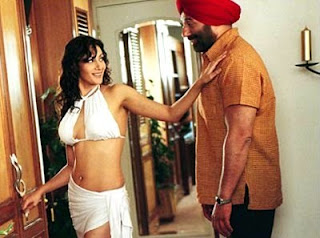 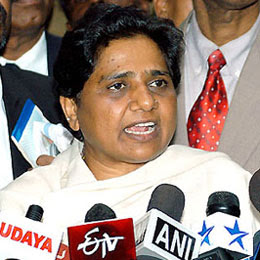 Which company has launched 'painting of lights' campaign?
Posted by Amrendra Pandey at 9:16 AM 1 comment:

Q. What is the relevance of the statement "I Am  Chairman Of Chrysler Corporation Always" ?
Posted by Udaibhan singh at 10:20 AM 2 comments: 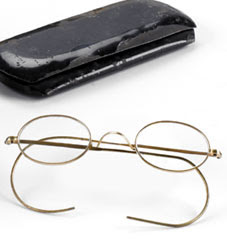 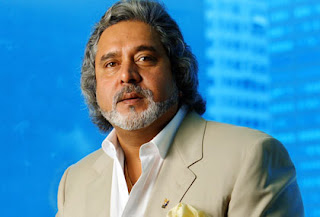 Q1. Who tops the list of Billionaire Blowups of 2008 compiled by the Forbes magazine?
Ans : Anil Ambani

Q2. Who is the face of L'oreal for younger generation in India ?
Ans : Sonam Kapoor

Q5. (i) Father of Psychology
Ans (i) Sigmund Freud

HIDESIGN
Dilip Kapur was born in New Delhi, where his Hindu parents had fled from what would become Pakistan in the mass movement of people following the end of the British Raj in 1947 Kapur grew up at the Aurobindo Ashram before leaving for the United States at the age of 15. Dilip Kapur finished his PHD in International studies from the University of Denver . He returned to his childhood town Pondicheery. Kapur wanted to pursue something different that held his interest: like designing and manufacturing leather bags. When he returned after his PHD he did not have much to do, to kill time   he sat down with an artisan and crafted out his first bag .  Another six bags followed. A german friend got him an order for 1400 bags. With an increasing demand from the foreign market he expanded his workshop and got 200 workers  and opened his first factory in 1990. Traditional, eco-friendly methods of treating leather such as vegetable tanning and dyeing of hides in pits and wooden drums were focussed on. Quality was another element on which no compromises were done.Hidesign was viewed as a product out of the mainstream in its export markets, carried by exclusive distributors who built something of a cult following within each of their geographies. Leather and luggage shops were wary of carrying an Indian brand, so Hidesign products were typically sold in stores with more of a fashion emphasis.
A Hidesign bag won the ‘Accessory of the Year” award from a British magazine, which gained the firm much visibility,Hidesign – had a ready market in the UK, Ireland, Australia, New Zealand, Denmark, South Africa and many Scandinavian and Asian countries.
Celebrities, executives, models the world over have a penchant for Hidesign products. Be it Nelson Mandela, or former Australian prime minister Hawk, or Stephen Spielberg, Kapur has many big names who love the stuff he designs. Back home, former prime minister India Gandhi and her son Sanjay carried Hidesign bags. As did many film personalities .
Posted by Udaibhan singh at 7:38 AM No comments:

Q.  What was created by Rajat and  Jayant Agrawalla in 2005 became a huge success on Facebook but Facebook removed the application after copyright infringement lawsuit by another company. Name the application and the company which has filed the lawsuit.
Posted by Udaibhan singh at 7:17 AM 3 comments: He may succced the richest man of the world.Identify him?
Posted by Udaibhan singh at 5:14 AM 6 comments: