Guess what i'm talkin about..

Hint: Identify the logo. The logo company is associated with this. 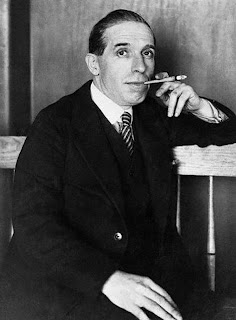 Clue 2:It is a global powerhouse in electronics and electrical engineering, operating in the industry, energy and health care sectors

Clue 3 : Today the logo is just the name of the company.

Q. Identify the logo.Recently  the name have been changed or elaborated.(Hint :A great Govt Initiative).

Identify this first generation entrepreneur who has helped in organising the film production in India?
Ans :  Ronnie screwvala of UTV fame
Posted by Amrendra Pandey at 1:09 PM 5 comments:

1)This company has turnover of Rs.5 crores, supplies its products to various schools run by MCD and to Gandhi sansthan also.Where this company is located?

4) Who are called Scarlett Collared Workers?

5) Which company was the first to use a celebrity spokesperson?

6) Reckitt Benckiser has recently launched two new flavours of Rose and Orange for which brand?

BATOVKA was a first product from this company and launched in 1897. Which company?

9) What is the symbol of Chiranjeevi’s party?

10) Iceland lifted a ban on which beverage after many years?

14) When Steve Jobs became CEO after his interim stint, what four letter word did he use for his designation?

15) Sunil Chetri wears the jersey of which brand?

17) What do you call a Simple Uncomplicated Financial Transaction?

18) Lotta, Lifesavers etc are brands from?

21) What is right- Le Meridien or La Meridien?

22) Who is known as the Dr Spock of Management?

23) This product was built in 7 days for the Second World War. Identify

24) What is the Times Now Election analysis programme called?

Posted by Amrendra Pandey at 12:38 PM No comments:

Identify the two men in the picture? 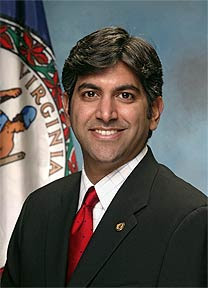 Ans : Aneesh Chopra..who has been appointed as Chief Technology Officer of USA
Posted by Udaibhan singh at 11:46 AM 2 comments:

Q. Connect them to a revolution? 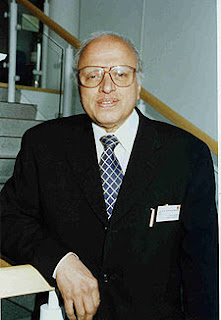 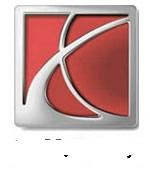 Identify this ailing car brand, which was lauched in response of tough competition from cheap Japanese Cars?
Ans:- SATURN( Subsidiary of GM)
Posted by Amrendra Pandey at 12:15 PM 1 comment: 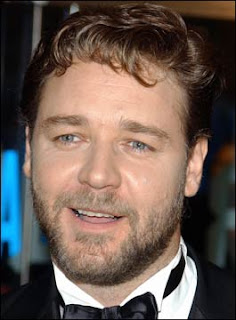 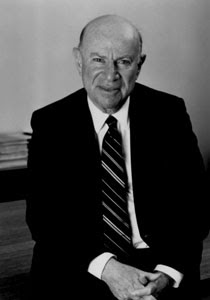 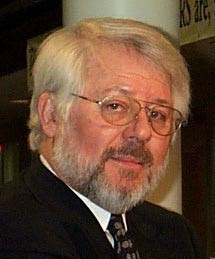 Find the common link?Hint:- The Whistleblower
Ans:-LINK IS THE BROWN AND WILLIAMSON NICOTINE SCANDAL.

1. THE FIRST PIC IS OF RUSSEL CROWE WHO WAS THE LEAD ACTOR IN THE MOVIE "THE INSIDER" WHICH WAS BASED ON THE SCANDAL.

2.THE SECOND PIC IS OF LAURENCE TISCH WHO WAS THE CEO OF CBS TELEVISION AND ALSO INVOLVED IN THE BROWN AND WILLIAMSON SCANDAL.

3. THE THIRD PIC IS OF JEFFREY WIGAND WHO WAS THE "WHISTLE BLOWER" OF THE ENTIRE SCANDAL.HE WORKED AS VP R&D FOR BROWN & WILLIAMSON. HIS ROLE WAS DEPICTED BY RUSSEL CROWE IN THE MOVIE.

4. THE FOURTH PIC OF THE AMERICAN INVESTIGATIVE TELEVISION NEWSMAGAZINE "60 MINUTES"(OWNED BY CBS NETWORK). JEFFREY WIGAND HAD PROVIDED THE SCANDAL INFORMATION TO 60 MINUTES.

Power of Pen & Paper? BUT WHO?

Clue 1: Combination of two logos
Clue 2: One represents power of pen , the other represents the power of paper 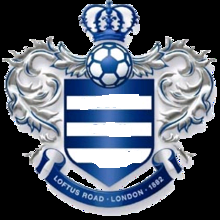 Identify this football club, which has a strong Indian connection.
Ans.- Queens Park Rangers Owned by LN Mittal
Posted by Amrendra Pandey at 11:57 AM 2 comments: 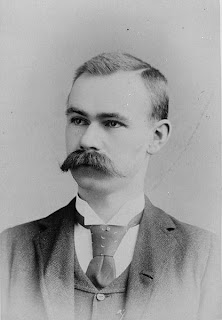 Identify this gentleman who established an IT consulting and Technology company which was established it 19th century .This company is in news recently due to take-over issues.
Ans. Herman hollerith who established IBM
Posted by Amrendra Pandey at 12:33 PM 3 comments:

Labels: QOTW
Q2. The name comes from Arabic/ persian which refers to a public bathing system establishment in the middle eastern countries and it is a leading product in its category...Identify?
Ans : Hamam soap
Posted by Udaibhan singh at 11:18 AM 1 comment:

Q3. Identify him?According to him Bankruptcy can be an option. 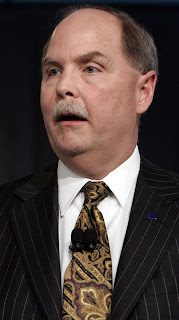 Ans : fritz Henderson, The new CEO of GM
Posted by Udaibhan singh at 11:15 AM 1 comment:

Q4. Rebranding by a company...Which one? 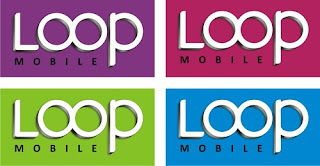 Ans : BPL mobile changing its name to Loop Mobile.
Posted by Udaibhan singh at 11:12 AM 2 comments: 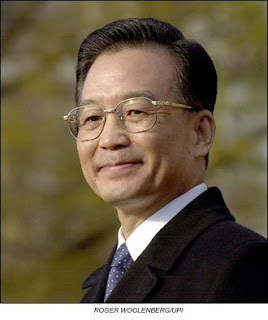 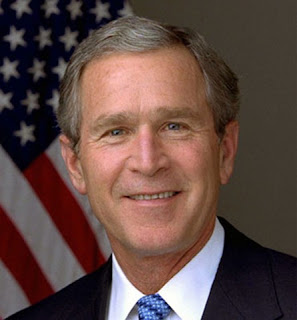 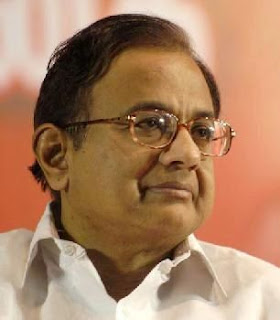 Ans : P Chidambram , George Bush and Wen Jiabao were attacked by shoe when they were adressing public at different places.
Posted by Udaibhan singh at 11:08 AM 1 comment:

Q. The theory was described by Nassim Nicholas Taleb. He gives the rise of Internet,the  personal computer, the world war 1 as example of this theory. What is the theory?
Ans : Black Swan Theory
Posted by Udaibhan singh at 10:42 AM 1 comment: 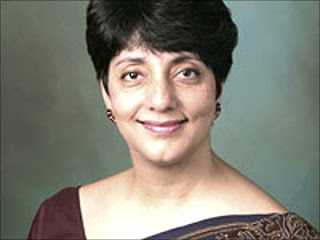 Identify her.She is contesting  the Indian General Election,2009 against milind deora. Hint:- is she bankable? :)
Ans : Meera Sanyal
Posted by Amrendra Pandey at 11:11 AM 2 comments:

Tring Tring : Who Is This

Guess Who Is He?

Clue 1: He is a first generation entrepreneur, he started his first business in 1976 at the age of 18 which was to make crankshafts for local bicycle manufacturers.


Google has had several logos since its renaming from "BackRub". The current official Google logo was designed by Ruth Kedar, and is a logotype based on the Catull typeface The company also includes various modifications and/or humorous features, such as cartoon modifications, of their logo for use on holidays, birthdays of famous people, and major events, such as the Olympics. These special logos, designed by Dennis Hwang, have become known as Google Doodles.

In 1998 Sergey Brin created a computerized version of the Google letters using the free graphics program GIMP after teaching himself how to use it. The exclamation mark was added, mimicking the Yahoo! logo


Every once in a while, you will see the Google logo change to represent a current topic e.g The Olympics, World Cup etc. These logos are called Google doodles. The doodles are currently created by Dennis Hwang and he has created over 150 doodles since he started working at Google. Apparently, the first doodle was produced by the founders Larry and Sergey. The logo was created when they attended the Burning Man festival in summer 1999. They put a little stick figure on the home page logo in case the site crashed and someone wanted to know why nobody was answering the phone.
Posted by Anku Sharma at 8:47 PM No comments:

Clue One: Logo of two brands have been combined
Clue Two: Logo's of brands dealing in Leather


ANS : Its Hidesign and Damilano
Posted by Anku Sharma at 5:59 AM 2 comments: 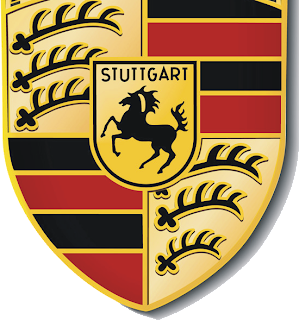 What is the honor shown better known as ?


Ans: The award is Padam Shree. Shree can be read on the on below the lotus flower.
As for the hint the personality is Mr Satajit Ray.He received the honor in 1958.
Posted by Anku Sharma at 12:02 AM 2 comments:

Guess Which CUP is this

Take a clue from the writing

Clue 1 :It is the prize for one of international sport's most celebrated rivalries and dates back to 1882.

Clue 2 : It was gift to the England Captain IVO BLIGH by a group of Melbourne women.
Read the document on the right of the cup to help you to guess

Ans : Its the Ashes Trophy.
The series is named after a satirical obituary published in an English newspaper, The Sporting Times, in 1882 after the match at The Oval in which Australia beat England on an English ground for the first time.(As seen iin the picture) The obituary stated that English cricket had died, and the body will be cremated and the ashes taken to Australia. The English media then dubbed the next English tour to Australia (1882–83) as the quest to regain The Ashes.
Posted by Anku Sharma at 9:14 PM 2 comments: